Everything We Know About The Helicopter Crash In Opebi

An helicopter has crashed into a residential building on 16A, Salvation Road in Opebi today, the twenty-eight of August, 2020. The helicopter which came in from Port Harcourt was reported as belonging to Quorum Aviation. A Bell 206, with registration number 5N BQW, and it carried two crew members and a passenger.

Here is a tweet from Gboyega Akosile, the Chief Press Secretary to Governor Babajide Sanwo-Olu:

The crash happened around 12pm. The Public Relations Officer of the Lagos State Emergency Management Agency, Nosa Okunbor, confirmed that LASEMA operatives have been deployed to the scene.

According to the General Manager of LASEMA, Olufemi Oke-Osanyintolu, the team was “able to rescue one person alive and he has been transferred to the Lagos state teaching hospital where he is receiving adequate treatment, but it is pertinent to note that we recovered two bodies and they have been deposited at the mortuary. Based on the investigation carried out, it was due to the impact that led to their mortalities.”

Kunle Ologunro Noisemaker at the Cabal.
Follow me on: 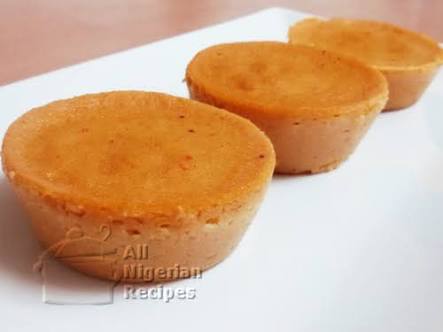 We Need To Appreciate The Greatness That Is Moin-Moin
Oldies
Maryam
October 6, 2016

Moin-moin that is finer than you.

While You Were Fighting On Twitter, Wizkid Basically Won 2016 Without An Album
Gist
Maryam
November 7, 2016

He definitely has two heads.

May went on for more than 31 days, but thankfully, Twitter NG didn’t fail to make it seem shorter for us with comedy gems. April had funny tweets, but May will also crack you up. 1. This is my personal favourite. There’s a hilarious Zikoko article about names that don’t belong to babies. Kazim belongs […]

“I watched people pick between being able to afford food or the drugs they needed. Drugs that cost what a privileged person would call chicken change.”

From googling the average size of penises to thinking one of their testicles have gone missing, every man you know has done everything in this article.

Dear Nigerian men, enough is enough! Why are you still wearing net singlet in 2022? Please, let’s respect ourselves.

QUIZ: This Periodic Table Quiz Will Tell Us if You Failed or Passed Chemistry
Quizzes
Niola
January 19, 2022

This quiz will test your knowledge of the first 20 elements on the periodic table. Don’t be scared, give it a try:

We’ve seen the new movie, “Superstar,” and it’s so freaking good. Now, we’re here to tell you why you need to go see it.

“One day, I was scrolling through Facebook and they recommended his page to me. That’s where I saw pictures of his girlfriend wearing the asoebi I gave him to sew.”

QUIZ: Can You Find At Least 18 States On The Nigerian Map?
Quizzes
NerdEfiko
April 8, 2020

Most of us can probably sketch a pretty accurate outline of the Nigerian map, but how many of us can honestly claim to know where all the states are located? Well, this quiz is here to test just how well you know your own country. Try and get at least 18 states:

Omicron is in Nigeria — Here’s Everything You Need to Know
Citizen
Ama Udofa
December 23, 2021

Why is everybody sick these days? Some say it’s malaria and harmattan. But it could be the coronavirus. Here’s everything you need to know about Omicron and how to stay safe during Detty December.

Today’s subject on Abroad Life got tired of studying geography and decided to go abroad to chase her dream — becoming a pilot. She shares the origins of her passion for flying and why she decided to hide her plans from her parents for over a year.

If You’re On This List, The Red List Was Made To Spoil Your December
Citizen
David Odunlami
December 14, 2021

If you’re an IJGB, a Lagos club owner, or you fall on this list somehow, news of the Red List probably means you’re going to have a clean December.

Where do you fall?

“We Lost Everything We Had in South Africa, But We’re Not Going Back”- Abroad Life
Citizen
David Odunlami
December 10, 2021

Today’s subject on Abroad Life moved to South Africa after her husband persuaded her to join him for greener pastures. She talks about her struggles settling in, the thrill of starting a successful business and the acceptance that came with losing it all.