Petrol subsidy is an important issue in Nigeria. It affects the cost of fuel, transportation, food items and many other things.

Every month, the Nigerian National Petroleum Corporation (NNPC) pays up to ₦150 billion in petrol subsidy.

But what is a petrol subsidy?

Petrol subsidy is money a government pays for petrol so that it is affordable for the people.

The government, through the NNPC, currently pays about ₦30 for every litre of petrol Nigeria imports. This payment from the government allows Nigerians by fuel at about ₦165.

“You mean the government still pays?”

You bet. Petrol subsidy is a reason Nigeria has one of the cheapest petrol prices in the world, just behind Venezuela, Iran, Angola, Kuwait, Sudan, Kazakhstan, Qatar and Turkmenistan.

“Wait, who did Nigerians offend?”

We’re not sure who we offended, but there is a reason why the petrol price keeps rising even though there’s a subsidy.

The Obasanjo, Jonathan and Buhari governments have all reduced the petrol subsidy in their time. They claimed that the government pays a lot of money in petrol subsidy, but that Nigerians don’t enjoy the benefits of the subsidy because rich people use the most petrol, oil importers lie about how much petrol they import into Nigeria, and the money for fuel subsidy can be spent on other important things like healthcare and education.

But many Nigerians argue that the price of things will skyrocket once petrol prices increase.

Think about the nearest bakery to you that uses a generator or the average Danfo driver. All of those people will jack up their prices once petrol prices go up.

In that year, Goodluck Jonathan removed the petrol subsidy by increasing the petrol price from ₦65 to ₦141. He later reduced the fuel price to ₦97 and then ₦87.

In 2016, the Buhari government claimed to have fully removed the petrol subsidy, and this increased the petrol price from ₦86 to ₦145.

In September 2020, the Buhari government again claimed to have finally removed the fuel subsidy, and the fuel price increased from ₦145 per litre to ₦160 per litre.

However, in March 2021, as global oil prices went up, the same government started paying the petrol subsidy again.

The Nigerian National Petroleum Corporation (NNPC) has become the only petrol importer into Nigeria because other petrol importers cannot afford the high cost of dollars needed to import petrol.

The government has directed the NNPC not to sell petrol above a regulated price of ₦162. This means that even if importers try to import petrol, they won’t be able to make a profit because of the existing price limit.

So, the high dollar to naira exchange rate is the major reason why the price of imported petrol keeps increasing in Nigeria, and the subsidy is to prevent the petrol price from getting to ₦234 per litre or ₦1,000 per litre like some other people claim.

But at what point will they really stop and what does that mean for you when next you are craving bread or trying to jump a Danfo bus? Time, and your pocket, will tell.

QUIZ: What Should Your Igbo Name Be?
Quizzes
Maryam
January 29, 2016

QUIZ: Which Major Nigerian Tribe Will You Marry From?
Quizzes
NerdEfiko
June 3, 2020

It may not be what you think… 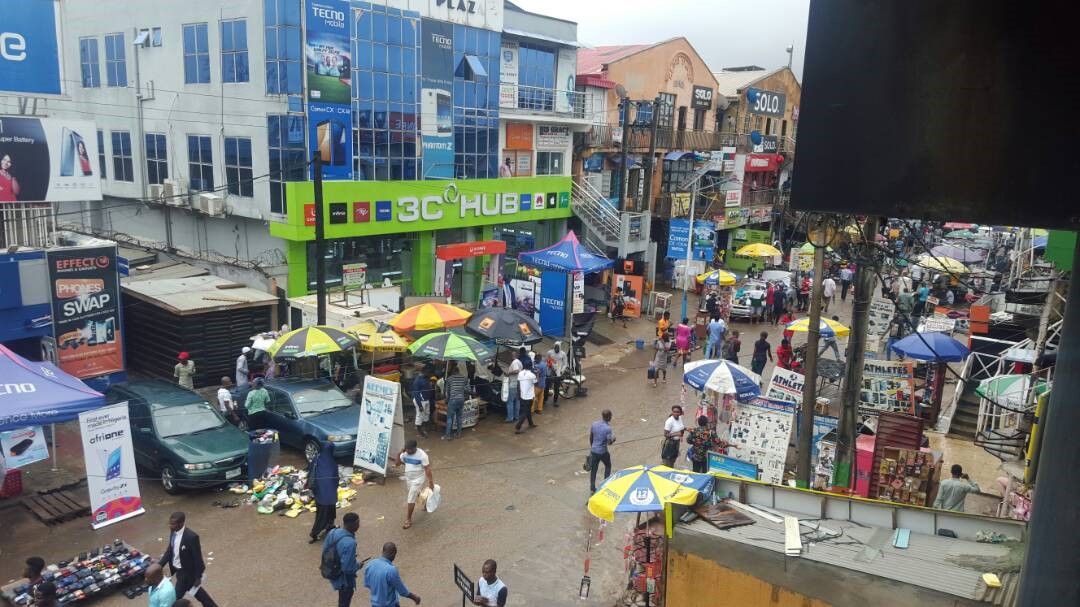 Because that place will eat you up and spit you out if you don’t know what you’re doing.

Everything You Need To Know About The #EndSars Protest
Citizen
Hassan Yahaya
October 9, 2020

The EndSars protest has been going on around the country throughout this week. While the protests have been largely peaceful, law enforcement agencies seem not to be on the same page with Nigerian citizens. From allegation of intimidation to even tear-gassing protesters, it’s been a weird week. To better understand the why of the protest, […]

Today’s subject on Abroad Life talks about getting the chance to move to the US, opting out finding out she had to move to Canada within a 3-day period, and her struggles with navigating adulthood for the first time in Canada.

From Sanwo-Olu declaring that there were no casualties after the protest, to Lai Mohammed calling the killings a “massacre without bodies”, here are 7 times the Nigerian government denied the Lekki massacre

The Lagos State Judicial Panel has released a report confirming something we already knew – the Nigerian army and police shot and killed #EndSARS protesters.

We read the report, and here’s everything we know.”

If you have plans to japa to Canada but don’t know where to start, this article has everything you need to begin your journey.

Today’s subject on Abroad Life talks about moving to Malaysia to get an education but meeting something totally different: a life where he had to evade cultists and fraudsters who needed his programming services for high-end crimes.

Today’s subject on Abroad Life moved to Ghana in 2009 after her family told her she would have a great time there. She talks about seeing xenophobia against Nigerians play out in many different forms and experiencing it herself, firsthand.

“My Family Had To Sleep At The Ghanaian Border”- Abroad Life
Citizen
David Odunlami
October 29, 2021

Today’s subject on Abroad Life has travelled to three different countries with her family. She talks about her experiences in each country, sleeping at airports and borders, and why she’s never going to Ghana by road again.

Remembering The #EndSARS Protests And The Days After
Citizen
Editi Effiong
October 27, 2021

After the events of 20-10-20, Editi Effiong documented the proceedings of the Lagos judicial panel that followed. In this piece, he tells a story most of us can relate to. A story of how everything changed.

Whether as a student or as a professional, there’s a way for everyone to japa.

Which one works best for you?

Today’s subject on Abroad Life is a Nigerian-American who returned to Nigeria 3 years ago. He talks about the reasons he moved to Nigeria, having to do NYSC so he could get better employment, and almost getting kidnapped by armed men disguised policemen.