5 Things That Were Not Made With Women In Mind

You know that annoying statement, “it’s a man’s world”. It irks me to no end, but when you read this list, you would agree that these five things that women use were not made with them in mind.

If you were on Twitter in the first week of April, there was a conversation about how kitchens are poorly designed because women are more often not a part of the process. This is insane because thanks to the patriarchy, women are almost not always a part of the process of building the structure even though they spend more time in the kitchen.  Make it make sense.

The first seat belts were created in the mid 19th century by George Cayley for a glider. Sometime in the 1950s, after Dr Hunter Shelden noticed a rising number of head injuries from automobile accidents, he proposed the idea of a retractable seat belt — the one you know. In 1966, the National Traffic and Motor Vehicle Safety Act requiring all automobiles to comply with certain safety standards was passed in the United States. This made it compulsory for all cars to have seatbelts.

However, when they were being tested for the general public, automakers used 95% male and 5% female for the crash tests. Long story short, this means that women are 47% more likely to be seriously injured in a car crash. The world – 10, women – 0.

Even though women have always worked to cater for themselves and their families, they weren’t always paid for their efforts. To this day, the gender pay gap is still a thing. Despite the insufficient remuneration, women often have to work through intense period cramps, pregnancy and sometimes miscarriage. If that’s not an oversight, tell me what is.

If you’ve ever gotten a mammogram, you’d know how weird it feels to have breasts two cold plates trying to flatten your boobs. There is no way a woman made that.

Nigerian legislation wasn’t even made with the average Nigerian in mind, talk less of women. From women not being able to give their spouse citizenship to laws that permit marital rape. Do we ever catch a break? 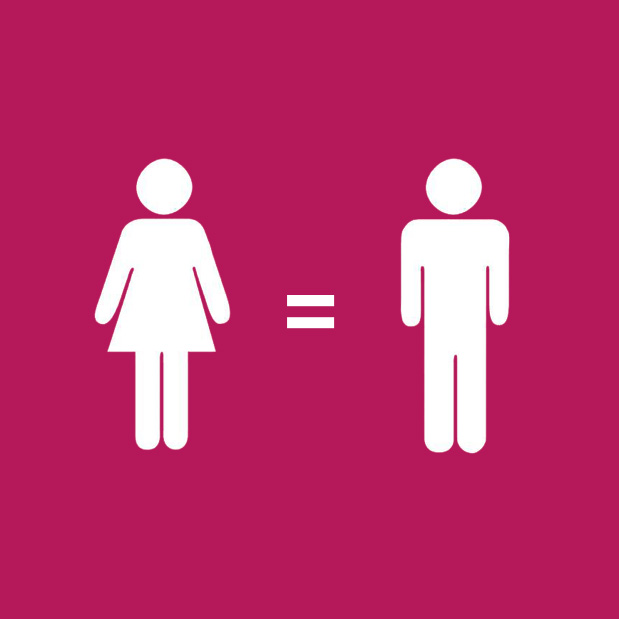 What You Teach The Girls, Teach The Boys.
Her
@StephanieOdili
March 22, 2019

We need to raise our boys the same we raise our girls.

9 Nigerian Women Share Their Weirdest Turn-off
Her
Itohan Esekheigbe
May 20, 2021

There are some things people do that automatically turn us off. The problem is that when explaining these things to people, they come off as weird or ridiculous. These nine Nigerian women share with us their weirdest turn-off and some things that just give them an ick. Ada If I see a good looking man […]

10 Signs of A Toxic Relationship
Her
Blessing Onyelobi
May 13, 2020

Toxic relationships are one of the nightmares of adulting. They are bad for your health all around, but sometimes it’s not easy recognizing that you are actually in one. Because we are like your internet guardian angels, giving you all the guides you need to navigate this adulting thing we decided to make this list […]

How To Treat Hair Lice
Her
Mariam Sule
September 20, 2021

Hair lice are tiny, wingless insects that live in the hair of humans. They feed on tiny amounts of blood they get from the scalp. They spread easily from comb to comb. It is especially rampant among kids.  It’s not easy to get rid of hair lice but here are a few tips that have […]

Quiz: Can We Guess The Last Time You Had Sex?
Quizzes
Ope
November 7, 2019

Here are eight things women get up to when they’re home alone. Did we miss anything?

10 Things Nigerian Women Should Do On Salary Payday
Her
Mariam Sule
November 26, 2021

Women already have a list of things they spend their salary on and before you know it, salary don finish. How about we choose things to do for ourselves on payday to maximize enjoyment? Here’s a list of payday ideas for Nigerian women:

The world is still a shitty place for women, but imagine not being able to do any of these things today:

“In 2014, I wanted to explore my sexuality. I met this girl, Janet, on Badoo. She was nice. We texted for a couple of weeks before we started dating. There were no video calls then so we were always texting. In the third month of our relationship, she said she was travelling to Dubai for work and she wasn’t sure when she’d be back. She wanted to see me before she left. I told her I didn’t have money and she said she would sponsor the trip.

If you are looking to make things so hot during sex that your woman sheds tears of ecstasy, here’s a detailed guide for you.

When next you see a Nigerian first born daughter, squeeze 5k in her hand and hug her.

Here’s a list of things that Nigerian first born daughters can relate to:

13 Things Nigerian Women Who Wear Glasses Can Relate To
Her
Mariam Sule
November 23, 2021

Wearing glasses to see is the ghetto. The biggest lie ever told is that wearing glasses will improve your eyesight. Here’s a list of things Nigerian women who wear glasses can relate to.

8 Nigerian Women Talk About Why They Free Bleed
Her
Mariam Sule
November 19, 2021

“I noticed the burning rash stopped and my cramps were minimal. Since then, I have been free bleeding on and off during my periods.”

9 Nigerian Women Talk About Why They Free Bleed