Twitter has always been a source of information to many women. In an article published yesterday, some women talked about how they learnt about feminism on Twitter. Twitter also provides a space to unlearn harmful ideas such as toxic relationship ideals.

2. Support from other women

Twitter also provides Nigerian women with support they would otherwise not have access to. For example, women can reach out to non-government organiszations like Stand To End Rape and the Consent Workshop on Twitter for sexual harrassmemnt cases; The Initiative For Equal Rights for queer women. Mental health care organizations like Mentally Aware Nigeria and She Writes Women are also easily accessible on Twitter.

Many communities for women were built on Twitter because of its real-time communication feature. The protests against gender-based violence that broke  out in June 2020 started and was organised on Twitter.

Many women talk about how they have made friends who have turned into family on Twitter.

4. Some form of justice

Over the past few years, Nigerian women have used Twitter to call out abusers and rapists as the justice system often dismisses cases of violence against women as minor issues or family disputes.

Many Nigerian women have found jobs on Twitter, simply by replying to a tweet or by cold emailing a founder to offer their services. Scholarship opportunities as well as creative workshop opportunities are also easily available on Twitter.

6. A space to raise awareness for women centred causes

Twitter has been a space to raise awareness for causes that concern women such as gender based violence, endometriosis, cervical cancer, postpartum depression and even less known symptoms of pregnancy.

Nigerian women like other people around the world sell their products on Twitter. Some women combine Twitter with other social media platforms while others prefer the control using one platform gives them. With the Twitter ban, many of them have stopped tweeting and have had to chase alternative means to generate revenue.

How To Treat Hair Lice
Her
Mariam Sule
September 20, 2021

Hair lice are tiny, wingless insects that live in the hair of humans. They feed on tiny amounts of blood they get from the scalp. They spread easily from comb to comb. It is especially rampant among kids.  It’s not easy to get rid of hair lice but here are a few tips that have […]

4 Nigerian Women Share Different Reasons Why Their Parents Are Not Proud Of Them
Her
Ibukun
September 7, 2021

“My mum has a problem with my body – one would think it should be the opposite, but I get a lot of demeaning looks from her. She hates that I’m flat-chested and not tall”. 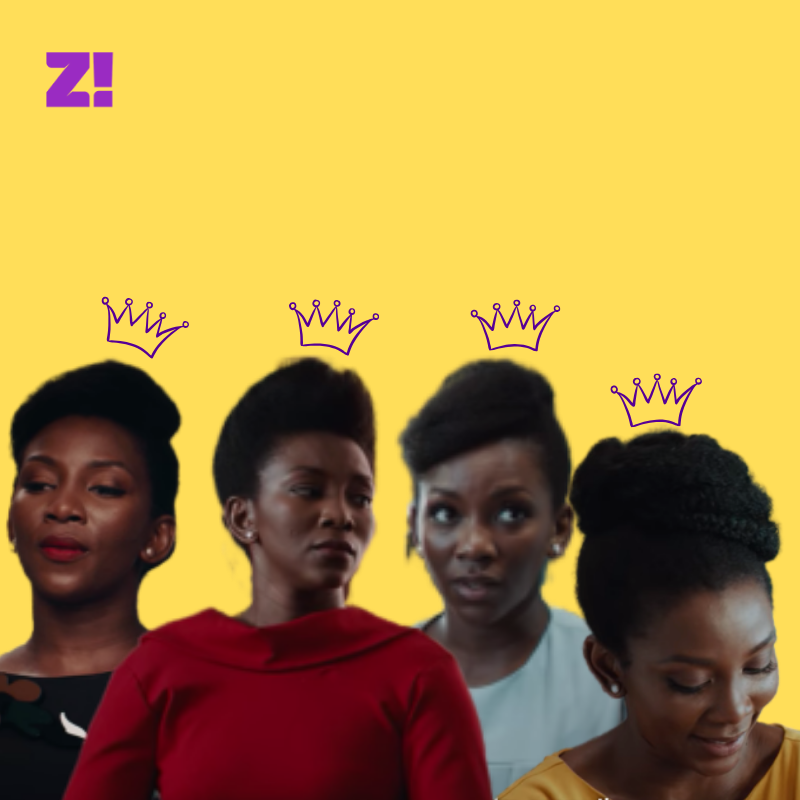 Here’s One More Reason For You To Love Lionheart
Her
Toketemu Ohwovoriole
January 17, 2019

A great updo is as good as a power suit.

These 5 Nigerians Were Wrongly Broke-Shamed. How Did They Feel?
Money
Steffi O.
January 24, 2022

“The sales attendant told me to think about the fact that I came to the store trekking.” These five Nigerians shared their stories of being wrongly broke shamed in public.

Don’t call yourself a big football fan if you can’t match these coaches to their clubs.

If your period apps can’t make these seven predictions about your future, then you need to uninstall it. Pregnancy na smalls don’t worry. We’re here for you.

This quiz will reveal whether or not you’ve ever been a fool for love. Go on:

If your period apps can’t make these seven predictions about your future, then you need to uninstall it. Pregnancy na smalls don’t worry. We’re here for you.

7 Ways Your Period App Would Send Notifications as a Nigerian Aunty
Her
Steffi O.
January 22, 2022

Just imagine if your period came late. What are all the things a Nigerian aunty would say as your period app? Don’t worry. We’ve made a list of all the hilarious notifications you’d get.

Happening Babe vs. Babe Things Are Happening To
Her
Mariam Sule
January 22, 2022

African music has always had its place at the top of the global music industry. These days, with tech switching up the scene and genres blending, everyone keep bringing their A game especially these six female African artistes.

Are you tired of being constantly plagued by baby fever? Of shouting “my ovaries” all the time? Then read this and be cured!

Why They Left Their Parents’ House and How They Are Doing So Far
Her
Mariam Sule
January 20, 2022

“The best thing about leaving home is that I became my own person. I also learned to appreciate my parents more.”

Why They Left Home and How They Are Doing So Far

What She Said — I Help Kids That Can’t Afford Counselling
Her
Steffi O.
January 19, 2022

The subject of today’s #ZikokoWhatSheSaid 31-year-old government school teacher who talks about learning how to be a loving person from her late mum and becoming a guidance counselor who looks out for kids who don’t have a lot of people looking out for them.

Apart from not being able to find shoes their size, tall Nigerian women often deal with comments like “you are too tall for that dress” or questions like “will you marry a short man?” In this article, Chigozie talks about how to be a tall girl in Nigeria.
Read here:

8 Things Women Would Buy in Their Homes as Sugar Mummies
Her
Steffi O.
January 17, 2022

With all the money in the world to spend, these are some of the outrageous things women would buy in their homes. Tag your sugar mummy friends to see this too.

A Guide to Being the Best African Daughter
Her
Mariam Sule
January 15, 2022

African parents have the highest standards for their children, especially the daughters. We compiled a list of steps to take to help you be the best daughter you can be.