8 Games Night Ideas You Can Play With Friends

There will never be a time when charades isn’t a good games night idea you can play with friends. Just think of that quiet friend trying to act out milkshakes. Will they grab a cup of milk and try to shake it around or what? Either way, the outcome will be hilarious.

Board games are a staple of every good games night. People get comfortable and sit around having mindless fun. Before you know it, someone has gone bankrupt in monopoly, and another person is cursing all their ancestors because they feel they have the worst luck.

If you’re into memes, check out this mind-blowing Nigerian meme site we created. Click Here

Is it even a games night if there are no card games involved? How will you know the friends that are sore losers, the ones that have ridiculously good luck and the one that doesn’t know when to stop gloating? You know the friend that hates you when they give you 4 “pick 5” in a row in a game of whot.

No games night is complete without an eating game. After all the drinking going on, you must sober up your friends with an eating game. Nothing gingers people like food. Just know that this game is expensive because the price of onions is expensive.

Yes, there are so many games night ideas you can play with friends, but nothing tops drinking games. Of course, you must be considerate of that one person that doesn’t drink. There is also that one friend that drinks whether they failed the question or not. A really good example of a drinking game is “the lemon game”. Concentration and drinking don’t always go well.

This game is very deceptive because it looks easy until one person spends thirty minutes thinking of where to stack his block. There is always that freakishly good person who removes the Jenga block from the weirdest angles and still wins. As the host, you have the power to ban those two people. thank you.

Just as people are beginning to relax and ease into the gaming mood, bring out these games.  You are the host, nobody can beat you. Ask people to recite the Nigerian states and their capitals, finish up the national anthem, or spell silhouette and watch people embarrass their ancestors.

You know we can’t teach you how to host people without telling you how to get them to clean up their mess. Create fake games like first to wash the car, plate washing supreme combo, floor-sweeping supersonic mode, and there you have it, the perfect games night.

Malakai I want to get paid to consume art. Part-time writer
Follow me on:

How To Become Financially Stable At A Job You Hate
Money
Hassan Yahaya
January 13, 2020

A large majority of young adults do not enjoy what they do for a living. For many people, it is just a means to an end because the alternative can be way worse. In light of this, we decided to give tips for financial liberation from a job that doesn’t give you joy. 1) Count […]

All The Things That Happen When You Meet Your Online Crush In Real Life
Shola
April 20, 2017

When you see their real face and things are just not adding up!

For many people, the start of a new school term was something to look forward to. The excitement to start a new class, the eagerness to use new textbooks, and of course, school also meant a lot of people got a long-ass break from being the grumpy in-house maid. And there was you who liked […] 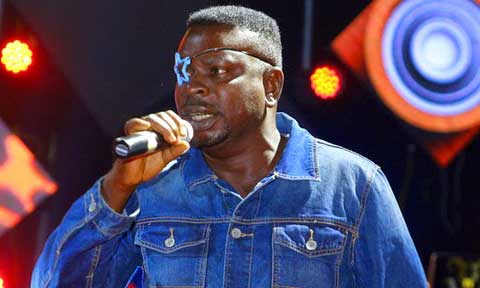 Bells, masks and even guitars, Nigerian artistes did it all.