We Had To Go Off On A Few People, Just In Case This Social Media Bill Gets Passed

Would it be a Nigerian end of year if the government doesn’t threaten us with something sure to ruin Christman, New Years and most parts of the new year? Fuel price hikes, POS charges, social media bills …

Particularly annoying in the year of our Lord 2019 is the Social Media Bill which is as vague as it is oppressive. Promising to prevent and punish the spread of ‘falsehoods’ on social media, the bill looks to imprison for a period of 3 years or to impose a maximum fine of ₦300,000 on persons found guilty. Only thing is, these falsehoods can be any and everything the government wants them to be. See how this can be problematic?

So we decided to get away with a little something-something before it literally becomes illegal to speak against the Führer and the people within his government.

First off, we will be going in on Abacha civilian lite – Yahaya Bello.

Can somebody please tell Mr. Bello he looks gaddem ridiculous wearing aviators 24/7? I mean yes, the drip is forever but even the Lord rested Yahaya.

How about you channel all that slaying energy into something more deserving, like say paying the teachers in Kogi State their outstanding 39-month salary arrears?

Mr Pres. You know what would go fantastic with your snazzy Bottegas? Guess first.

Elisha Abbo. Little man, when are you getting that prison number?

We picked out your prison uniform and everything from the children’s section since July. Tick-tock.

Also, how is this satyr still speaking on the floor of the senate foggosake?

Now speaking of the Senate, we have craters with a hint of bitumen passing for roads. We have the highest number of poor people in the world, beating out India which has 5 times out population. A severely overcompensated Senate, juxtaposed with a working population unable to receive 30,000 as minimum wage.

We have a democracy that requires blood as libation. A raving mad police system where citizens feel more ease in the hands of touts, than t policemen. A crowdfunding industry for our health care ministry. A financial crimes commission too afraid to go after the real big dogs, and somehow a social media bill is winning 400m relay race to a second reading?

Hope all is well?

Now we’re not selfish, if you have anyone in government you’d like to tell a little something-something too, feel free to go off in the comments.

This Is How You Know When Age Is Catching Up With You
Segun Akande
October 11, 2018

No. Being young at heart doesn’t count. 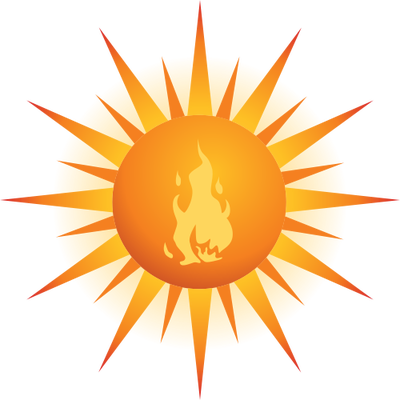 Trying To Stay Sane In This Heat Wave? Here’s What You Have To Do.
Boyin Plumptre
April 4, 2019

Tips to make sure the sun doesn’t win this one!

7 Ways Your Period App Would Send Notifications as a Nigerian Aunty
Her
Steffi O.
January 22, 2022

Just imagine if your period came late. What are all the things a Nigerian aunty would say as your period app? Don’t worry. We’ve made a list of all the hilarious notifications you’d get.

Things That Need to Be Put in Shawarma ASAP
Chopist
Ibukun
January 22, 2022

Shawarma as a meal needs a facelift and that can only be done by introducing interesting condiments to the greatness it already is.

Happening Babe vs. Babe Things Are Happening To
Her
Mariam Sule
January 22, 2022

Sex Life: I Put Uterus-Killing Dicks Behind Me in 2020
Ships
Itohan Esekheigbe
January 22, 2022

The subject of this sex life is a 26-year-old pansexual woman. She talks about her first time with a woman and a man, why she is very particular about the perfect dick size, and how she became a femme dominant.

All the Signs Your Ajo Group Is About to Crash
Money
Steffi O.
January 22, 2022

You want to start Ajo this year abi? Come and see the wahala that can happen inside Ajo groups before you drop that ₦10k. Be guided.

QUIZ: Which Nigerian Wedding Souvenir Are You?
Quizzes
Prisca
January 22, 2022

The typical Nigerian wedding is not complete without a souvenir for the guest to take home. From towels to wastebin, Nigerians never run out of souvenir ideas. Take the quiz to find out which souvenir you are. Go on: