Fati Abubakar Shows Us The Beauty Of Borno With Her Camera

Maryam | Inside Life
July 4, 2016
Share this story
When Borno state is mentioned, images of war, blood and towns ravaged by terrorists come to mind as a result of the Boko Haram insurgency.

However, Fati Abubakar, a photographer from Borno wants to change the war narrative and show the world the real people who have survived the crisis.

With the ongoing military onslaught against the Boko Haram terrorists, Borno has slowly started coming to life.

Fati wants to show how the people of Borno are starting over, healing and ultimately building their communities from scratch.

Some of her shots include children and adults, including these little girls at a mini fashion shoot.

And little Maryam, who was excited about her new dress and toy.

Schoolchildren aren’t left out too.

Acording to her, the people of Borno still find it difficult to get clean running water.

However, this problem is gradually being solved with the construction of a number of UNICEF boreholes.

Some of the internally displaced people even produce hand-stitched caps for sale.

And the Kanuri people just know how to get down.

Even after losing so much to war, their spirits remain unbroken and they will continue to rebuild their community one piece at a time.

They’re as human as all of us. 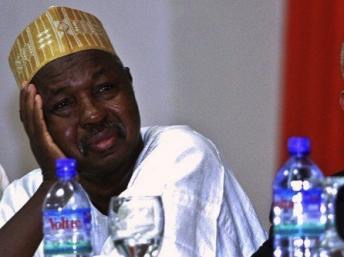 This Guy Mimicked President Buhari And It Was Just Perfect
Gist
Shola
December 5, 2016

We almost can’t believe it.