Nigerians Came For Fashola, As NEPA Is Messing Up Big Time!

chioma | Inside Life
March 10, 2016
Share this story
It seems like the mercy period for the Minister of Power, Works and Housing is over. As the former governor of Lagos state, Babatunde Fashola impressed Nigerians and the rest of the world with his dedication and the transformation of Eko. So when he was handed the mantle of leadership of not one, not two, but three important ministries in the country, on November 11, 2015, Nigerians gave him some time to do his magic.

But now, the believe is that he’s had more than enough time to have done something tangible.

Power generation initially peaked at 5,074.7 megawatts, in February 2015 — which was a new record in the history of Nigeria’s electricity generation profile. But it has, since then, fallen to an all time low of 1,580.6MW megawatts.

Electricity supply has gotten progressively worse since 2016 began and Nigerians cannot take it any longer.

Some wondered if he was even in office.

Some were not surprised by the state of things, but by Fashola’s silence.

Some speculate that Buhari had an agenda by giving Fashola more than he can chew.

Some say that his positions should have been given to a more qualified somebody.

Some have ended their long-term relationship with him.

A few laughed at the situation.

Some believe that he hasn’t been given enough money to do his work.

Some have learnt a bitter truth – talk is cheap.

And that action is better than words.

Fashola was given way too much responsiblity. He can’t joggle them all. But we sha still want our light.

We’ve Dug Up The Most Powerful #MannequinChallenge Yet
Gist
Shola
November 11, 2016

Game over, they won. 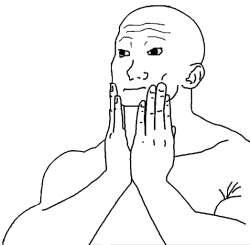 The Data Tariff Increase Directed By The NCC Has Been Halted!
Gist
Jola Ayeye
December 1, 2016

Children are getting some amazing opportunities!

2010 was a game-changing one for Nollywood, with our movies making serious cash and getting international acclaim. So, which of these hits released between 2010 and 2019 — from the pace-setting The Wedding Party to the divisive Trip To Jamaica — best suits your personality? Well, that’s what this quiz is here to answer: