Maryam | Inside Life
June 16, 2016
Share this story
Nothing can be more shocking than discovering that the management of a Chinese supermarket has allegedly refused entry to Nigerians in groups, except when escorted by a police officer due to their alleged criminal activities.

According to the DailyTrust, this decision was reached after the supermarket was attacked by armed robbers who stole over 2.5 million Naira, leaving the owners injured.

Although the sign above says everyone is welcome to the store, an attendant who spoke with DailyTrust, explained that the alleged decision to bar Nigerians wasn’t discriminatory but a safety procedure to prevent recurrence of such activities.

The attendant however said Nigerians are allowed to enter the supermarket individually and not in groups except accompanied by a policeman.

In a now deleted post, Facebook user, Mohammad Jamu, claimed to have gone to the supermarket and was well-received only that people had to go in one at a time because of the robbery incident.

But wait a minute…

It’s not rocket science to know that there are several ways to improve security in any organisation than making only Nigerians go into the supermarket one at a time.

This development also points out the flaws in the Nigerian security situation and the risks Nigerians and foreigners are regularly exposed to.

However, the Nigerian police has to make efforts to curb criminal activities all over the country immediately. 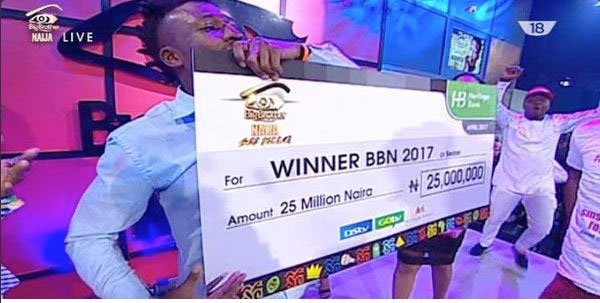 Efe Has Finally Won Big Brother And We Can All Rest Now
Gist
Shola
April 10, 2017

If being a good Nigerian child was a best selling book, odds are the title would be “do not provoke your parents for any reason.” Nigerian parents swing between praise and punishment depending on whether you listen to their advice or not. While most of their advice can be good, others have good intentions but […]

Recently, I had an interesting money situation where a friend defaulted on a loan. From the lies to the silence, I felt somehow. Especially because of the lies and fake anger. I assumed that a friend wouldn’t treat me like that. Motivated by my experience, I went asking people for their own money experience. Here’s […]

QUIZ: Which Nollywood Villain Are You?
Quizzes
Toheeb Lanlehin
October 14, 2019