These Nigerian Athletes Competed For Other Countries At The Olympics

Shola | Inside Life
August 24, 2016
Share this story
If you’re Nigerian, and you don’t live under a rock then you are most likely aware of the Nigerian government’s poor treatment of Nigerian athletes. It was actually quite surprising that our U-23 team was able to bag a bronze at the Rio Olympics. Considering that, it’s no wonder these athletes of Nigerian descent  did not represent the country.

23-year-old Adekoya switched nationalities in 2014, after failing to qualify to represent Nigeria at the 2012 London Olympics. She represented Bahrain in 400m at the Rio Olympics, although she didn’t make it to the finals.

Born in 1991, Femi moved to Qatar in 2009, and began competing for the oil-rich nation in 2010. He previously ran for University of Ibadan, and even qualified for the 2008 Olympics in Beijing. For unknown reasons, he never actually went on to the event. He represented Qatar in both 100m and 200m races in Rio. Femi is currently Asia’s fastest man.

Born in Lagos in 1994, Akinosun represented and won gold for America in the  2015 Pan-African Games in Toronto. She also represented the country in 4x100m relay in Rio, winning another gold.

Ezinne represented Norway at the 2008 Olympics in Beijing, and again in the 2012 London Olympics. The 28-year-old Norwegian who was born in Nigeria and who originally hails from Imo State, is currently Norway’s fastest woman.

Born in Kano State in 1996, Abbas has won a silver medal in 400m for his adopted country Bahrain. He also represented the country in 400m race at the Rio Olympics.

This sprinter got injured representing Nigeria at the Sydney 2000 Olympics, but didn’t get any support from the government for his surgery in Canada. However, he went on to represent Portugal at the 2004 Olympics in Athens and won a silver medal for his adopted country.

Born to Igbo parents, Okoro is a British track and field athlete. She represented Britain in the 2008 Beijing Olympics as well as at the IAAF and World Athletic Championships.

This incredibly fast Nigerian sprinter represents Bahrain, and  won the 200m race at the IAAF U-20 Championships, 2016. The 19 year old was also at Rio to represent Bahrain, but unfortunately did not make it to the finals.

Born to Igbo parents in 1987,  Barbara ran track for her school: University of California, Santa Barbara. She represented America at the Rio Olympics in Shot put, javelin and 800m race.
Share this story

Those arguments that turn the house to World War 3! 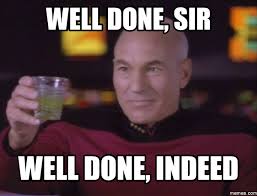 So Guys, Here’s Why Most Girls Can’t Really Get Into The Football Hype
Oldies
Boyin Plumptre
March 8, 2017

These Pictures Show That Nigerians And Ghanaians Like To Be Buried In Style!
Oldies
Maryam
January 21, 2016

Because regular coffins are too mainstream.

There are two types of people in Nigeria right now: those who are proud Marlians, and those who are still in denial about stanning the divisive star. So, for those who proudly wear the Marlian tag, we made a quiz to test how well you really know Naira Marley. If you get more than 6 […]

QUIZ: Who Will You Marry?
Quizzes
NerdEfiko
November 20, 2019

Last month, we thoughtfully made a quiz telling you guys exactly when you’ll marry, but some of you claimed that your spouse was nowhere to be found. Well, now we’ve created one that’ll tell you exactly who you’ll be dragging down that aisle. Take and start planning that wedding: 11 Quizzes For Nigerians Who Are […]