New Year’s Day Was Lit And Drama Gathered Round All Her Children For A Grand Performance.

While Nigerians were chilling on the 1st of January, the recently concluded Headies awards became an Oshodi street fight between Don Jazzy and Olamide.

Before you start thinking only Nigerians like to fight on stage, Kanye West in 2009, snatched the mic from Taylor Swift at the Grammys. Why? He felt his darling little sister, Beyonce deserved the award instead.

It wasn’t even his award or nomination. Sorry oh, elder Kanye.

And because sequels are more interesting, Nicki Minaj went lower and called Miley Cyrus out at the VMAs in 2015.

On the very first day of 2016, during the Headies awards, drama and all her children came well prepared for their biggest performance yet.

This time around, another passionate elder brother felt very pained his beloved little bro didn’t win the award he deserved.

Olamide felt Lil Kesh of his record label YBNL deserved to win the award of Next rated artist that was presented to Reekado Banks of the Mavins crew.

However, the daddy of the award winner caught the randomly flying shade and dealt a lower blow.

Olamide then took matters to twitter and rained words of rage on Don Jazzy.

During his angry rant, he launched the newest slang of 2016, “Leave trash for LAWMA”.

The people of twitter weren’t kind to Di’ja for her little dance after Don Jazzy’s shade.

Some took sides as expected.

Some of them had really deep insights to the fight.

They are anticipating a diss mixtape from both sides.

For creative people, the fight only opened brilliant marketing ideas. 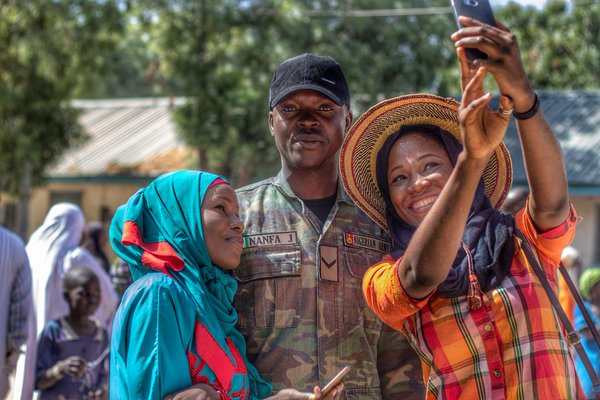 Fati Abubakar Shows Us The Beauty Of Borno With Her Camera
Gist
Maryam
July 4, 2016

The beauty of Borno, after the war.

This movie will be wild!

He shut down the streets of New Orleans with the party.

Ever Wondered What Prince Charming’s Brother Was Up To? No? Well, Disney Still Has the Answer
Pop
Daniel Orubo
August 18, 2015

You know one character that has always been a staple in the fairy tale canon?

This quiz will tell if you have ample sex education knowledge or just shallow knowledge. Go on:

Remember when PSquare sang “She making me bark like a bingo” on Alingo? Please, does that sound normal to you? We reject the spirit of barking! God forbid x3

QUIZ: If You Score 8/10 On This Political Party Quiz, You Should Run For President
Quizzes
Miriam Onyemenam
January 25, 2022

Since everyone is showing interest in running for President, you might as well check if you’re eligible.