Dubai Police has arrested “international online scammer” Hushpuppi and 12 others to answer for multiple fraud charges.

In a four-minute video released by Dubai Media Office on Twitter on Thursday, June 25, 2020, the police revealed full details of the operation that brought down the gang.

Earlier this year,  Dubai Police launched an investigation, called “Operation Fox Hunt 2”  into Hushpuppi and members of his gang. After four months of scrutiny, which included hours of monitoring the gang’s social media accounts, the team had everything they needed to bring the gang in. More importantly, they had their locations.

Apparently, the police didn’t buy Hushpuppi’s story as a “successful businessman”. For months and unbeknownst to Hushpuppi, the police were tracking his every move and taking note of his social media activities. Eventually, 6 raids were conducted simultaneously and the gang was rounded up in their Dubai residences.

According to the police, Hushpuppi and his team defrauded unsuspecting victims by creating fake pages of websites and redirecting payments to their own accounts. Also, they were known to hack corporate emails and divert financial transactions to their accounts, robbing victims of their money in the process.

1. During Hushpuppi’s reign of terror, he and his team amassed about 1.6 billion dirhams (about N169 billion .)

3. Hushpuppi and his team allegedly bought 13 luxury cars worth 25 million dirhams (N2. 640 billion) from the proceeds of their fraudulent activities.

4. During the operation that led to their arrest, the police recovered items worth more than 150 million dirhams ( N15.845 billion), which included 21 personal computers, 5 hard drives, 47 smartphones, and 15 flash drives.

In related news, Nigeria and the US are fighting for the custody of Hushpuppi following his arrest.

We’ll be sure to update you as more information comes to light.

6 Nigerians On Falling In Love With Their Best Friends
Inside Life
NerdEfiko
March 20, 2021

“I hope I can move past this because I miss my best friend.”

One Of Chimamanda’s Short Stories Is Being Adapted Into A Film And We’re So Here For It!
Gist
Maryam
June 15, 2016

Chimamanda’s work is hitting the screen yet again! 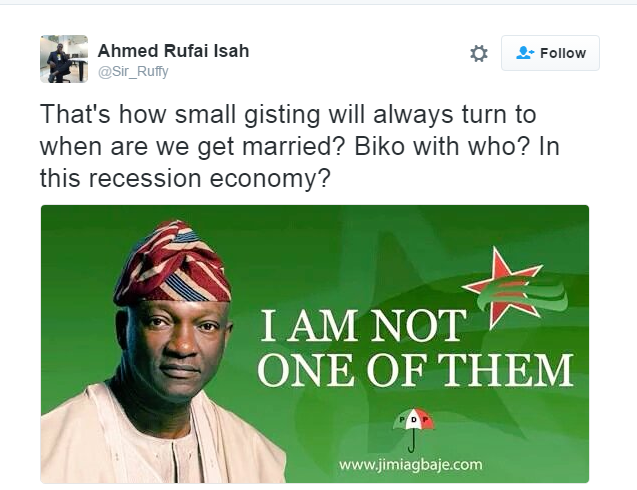 11 Funny Tweets That Will Make You Forget There’s A Recession
Oldies
Maryam
September 16, 2016

Nigerians are the funniest people on earth!

The Case Of Twitter And Rapists
Gist
Maryam
March 4, 2016

QUIZ: Which Nollywood Villain Are You?
Quizzes
Toheeb Lanlehin
October 14, 2019

Is it really a Lagos Long Island Iced Tea if it doesn’t knock you out?

Today on Interview With, the infamous drink tells us about its experience in the hands of Lagos bartenders.

The next time someone sends the annoying “Wyd” question in your DM, reply with any of these eleven responses.

8 Workouts that are Definitely from the Pits of Hell
Inside Life
Conrad Johnson-Omodiagbe
December 1, 2021

Working out can be a lot of fun, but it doesn’t mean we should kill ourselves abeg. These exercises will have you feeling like you’re being punished by evil spirits.

9 Things Jack Dorsey Can Do With His Newly Acquired Free Time
Inside Life
Ibukun
November 29, 2021

We’ve helped @Jack put together a list of things he can spend his time doing since he’s now less busy.

8 Memes You Can Send To Your Partner To Distract Them From Work
Inside Life
Malakai
November 29, 2021

If things weren’t so expensive, no one would work, everyone deserves a partner that will distract them from the choke hold of capitalism with memes. Here are 10 memes you can send to your partner to distract them from work. 1. The “I’m checking up on you” meme  This meme is bound to make your […]