If you’ve never been here, you’ve heard stories – terrifying and occasionally hilarious. As someone who has spent enough time there, I’m here to tell you that everything you’ve heard is true.

If you have to go to computer village for any reason and hope to make it out alive, you’re going to need help. Because that place is full of demons in human skin suits looking for gullible people to scam. Pay attention.

The moment you get there, guys are going to seemingly materialize out of thin air and approach you en masse, asking if you’re there to buy, sell, or fix something.

Keep your wits around you when this is happening because failure to do so will most likely lead to every valuable thing in your pockets being stolen.

2. Don’t verbally engage anyone unless you absolutely have to.

You’ve heard the stories. Someone taps your shoulder and asks an inaudible question. You turn around and are like, “What?” and the next thing you know, you wake up 3 hours later in a pool of your own blood with your wallet, phone, shoes, and kidneys stolen.

3. Don’t physically engage anyone unless you absolutely have to.

The gag is, computer village is constantly teeming with people, which means you really can’t avoid physical contact (i.e bumping into people). But what you can do is check, after every bump, to make sure the “goods” are secure. Sure, you’ll end up doing it so much that anybody watching you will think you’re touching yourself. But would you rather not be seen as a pervert or lose your penis?

4. If someone claims to have what you’re looking for and proceeds to take you on a freakishly long and winding journey to “his shop”, run. Because:

5) Be sure to properly test whatever it is you’re buying.

Because computer village people are not here to play. If you slack, they’ll sell you a 3-year-old refurbished laptop/phone in a new box. And swear on their still alive mothers’ graves that they can’t possibly cheat you because you’re from the same state as them.

6. Make sure that the person attending to you at the shop you’ve chosen actually works there.

A friend of mine once went to a shop at computer village to fix a phone. He spoke to the guy he met there and handed over the phone, agreeing to return in 2 days to retrieve it.

When he went back, he met a different guy who said that was his shop and that that he didn’t have any helper. Turns out the first guy my friend met was a thieving drifter and this was his MO.

7. Before leaving, make sure what you bought is what is actually in the box, and not a phone case full of fufu or a laptop-shaped slab of cement.

Because it has happened. Too many times to count.

8) Lastly, be sure to have some fun observing the tattoo artists/pink lips cream sales guys.

This one is less a survival tactic and more a fun-after-shopping activity. You’ll find them under the bridge, covered from head to toe in tattoos and with lips so unnaturally pink you’d think they’re racist white people in blackface on their way to perform in a minstrel show.

Follow this guide and you’re sure to make it in and out of computer village with your wallet and genitals intact. 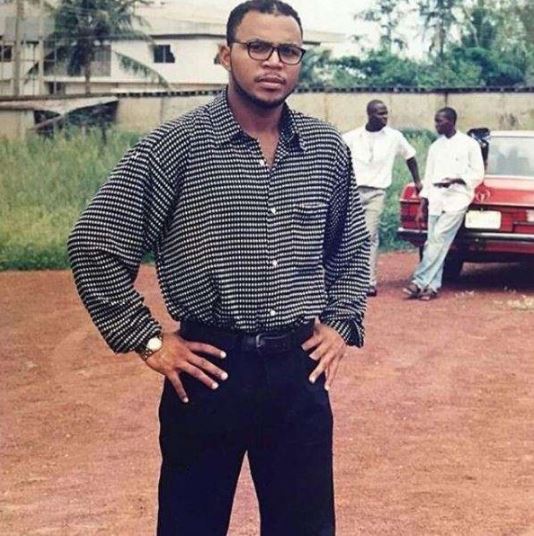 Campus fellowships are a major part of campus life. The revivals, the retreats, the people there. Today, we are taking a look at all the characters that make up a campus fellowship. NB: This is not a definitive list. 1. The Papa. They always dress up in suit, trousers and fine shoes. Their Bible is […]

5 Events That Signalled The End Of Your Childhood
Inside Life
Astor George
April 28, 2020

Without number seven, many of us would have quit this life thing a long time ago.

Read the full thing and share with your fellow enjoyment ministers.

9 Milestones That Indicate That You’re Now An Adult In A Nigerian Home
Inside Life
Hassan Yahaya
June 9, 2020

Freedom is a beautiful thing. For many Nigerians, doing any of these signifies that you have finally started to unlock some of the freedom that comes with growing up. 1) Not going to church. The first time you successfully get away with not going to church or even switching church, it means you have unlocked […]

Quiz: Can We Guess The Last Time You Had Sex?
Quizzes
Ope
November 7, 2019