5 Movie Clips That Capture The Hilarious Insanity Of Old Nollywood

We’ve proven time and time again that old Nollywood had a certain je ne sais quoi that was wild, unhinged, and, most importantly, unintentionally hilarious. It came across in everything about the movies from that era: the acting, the wardrobe, the stories, the soundtracks, etc. And you know the sad part? All those things were products of their time, which means that they can never be properly recreated.

However, thanks to the good folks at @yung.nolly and @nolly.babes – who are doing the Lord’s work by using social media to immortalize old Nollywood – I picked 5 clips that perfectly convey the raw madness old Nollywood was full of.

This clip showed me how passionate Sandra Achums was as an actress. That being said, there’s something way off and thigh-slappingly hilarious about the way she delivers her lines in this scene. That, along with the insane early 2000s fashion and the fact that no actual human talks like this (weapon of love? honey pot??) perfectly encapsulate the pure chaotic energy of old Nollywood.

2) Keep being the bad gyal you are:

In 2003’s Blood Sisters, Omotola Jalade-Ekeinde and Genevieve Nnaji play sisters, Gloria and Esther respectively. At some point in the movie, Esther is jealous of Gloria’s romantic relationship so when Gloria’s boyfriend comes around when Gloria isn’t home, Esther feeds him lies of Gloria secretly being the Whore of Babylon incarnate. This leads to Gloria’s boyfriend leaving the most unintentionally hilarious breakup letter (and voice-over) in the history of film, which he ends with the now-iconic line “Bye…and keep being the bad gyal you are.”

I don’t know where this is from but I LOVE the energy. Rita Dominic (looking deranged) walks up to a guy who’s seated on a couch, reading a newspaper and smashes a beer bottle on his head. The rush of it all makes me giddy but in a good way. The 3-second long clip has become the go-to meme for when someone wants to “scatter the place.”

4) This scene from Stolen Bible:

Everything about 2004’s Stolen Bible was a fucking riot. The entire movie is a string of hilarious hijinks, but this scene takes the loony cake. Apollo (the main character, who suffers from a case of spiritually-induced kleptomania) is praying in front of a statue of Jesus when it – because of the magnitude of her sins – comes to life, expresses shock, and chases her away. It’s later revealed to be a dream sequence but the sheer lunacy of it makes it the high point of the movie.

The clip is amazing because the series of events in it get wilder with each passing second so that your jaw is on the ground by the time it ends. The editing alone is enough to make you dizzy. Tack on the practical effects and the victim’s performance, and you have a batshit trifecta.

RECOMMENDED: 4 Nollywood Characters Who Brought About Their Own Misfortune 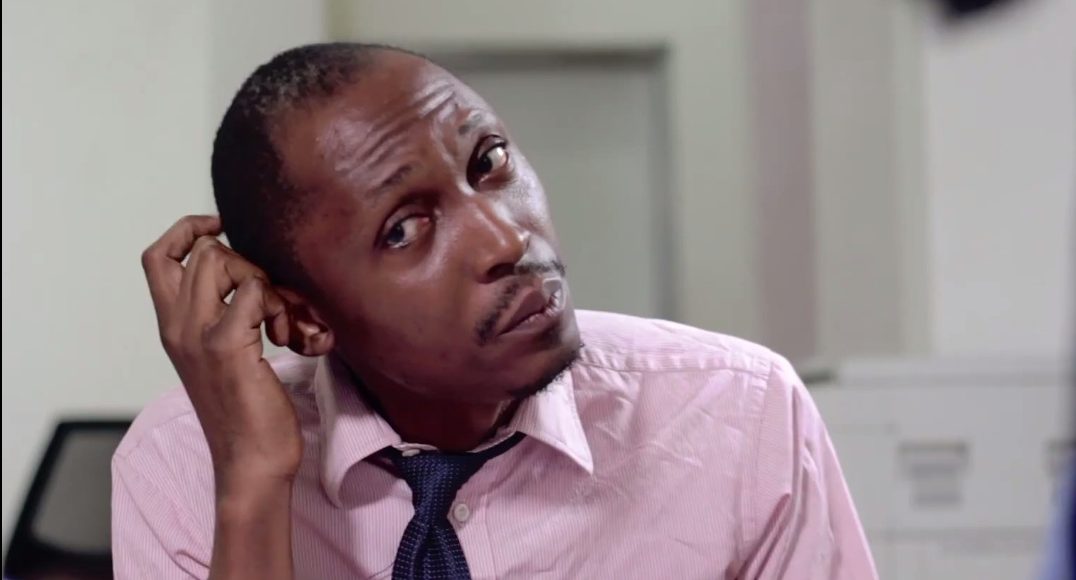 Frank Donga showed his serious side in ‘Hakkunde’.

‘Fifty Shades of Grey’ on steriods.

4 Nollywood Characters Who Brought About Their Own Misfortune
Pop
Astor George
July 23, 2020

This year’s BBNaija brought in a number of interesting housemates. But after watching them party, we can boldly say that these 7 housemates are the actual life of the party.

Remember when PSquare sang “She making me bark like a bingo” on Alingo? Please, does that sound normal to you? We reject the spirit of barking! God forbid x3

I Watched the Nollywood Movie, “Mark of the Beast,” So You Don’t Have To
So You Don't Have To
Astor George
January 21, 2022

In this week’s #ZikokoSYDHT, we recapped the Nollywood movie, “Mark of the Beast,” aka “That one movie where a demonic plate of pounded yam shouts at pastor for blessing it.”

#ALATFoodChallengeIsBack: All You Need to Know
Pop
Astor George
January 21, 2022

Before you display your speed-eating skills in the #ALATFoodChallenge, here are the things you need to know about the competition.

What If Ozark Was a Nigerian TV Show?
Pop
Conrad Johnson-Omodiagbe
January 21, 2022

If Ozark was a Nigerian show, Ramsey Noah and Nse Ikpe Etim would kill it as Marty and Wendy Bryde, literally. Check out the rest of our casting for the show and tell us who we missed.

We’ve seen the new movie, “Superstar,” and it’s so freaking good. Now, we’re here to tell you why you need to go see it.

We heard some of you are watching Euphoria with your parents. Is everything okay at home? From Insecure to Big Mouth, these TV shows will cause serious wahala in your household. Be warned!

Remember when Styl Plus sang about Iya Basira stealing people’s destinies and putting it inside groundnut bottles? These songs had stories that had us going “WTF?”