Body count means the number of people a person has had sex with. The body count concept has a lot of its roots in purity culture with women being the most judged for it. People have had their relationships end after finding out their partners body counts. Although it’s a valid reason to them, we thought to ask other people whether or not a high body count is a deal-breaker in a relationship.

Here’s what they had to say.

Having a high body count is not a deal-breaker for me. As long as they get tested regularly and have no diseases it’s all good. What might be a deal-breaker for me is caring about body counts in the first place. I don’t have a high body count, but my partner caring about it tells me that the person is probably steeped in purity culture and is quite conservative. I don’t need all of that.

The answer is no. It is not my business who they’ve slept with and how many they have been with, as long as you play it safe and use protection. I won’t ask, except you’ve been with someone I know. Asides from that, I don’t really wanna know. Sex doesn’t define a person, so why make it a big deal? At the end of the day, everybody na ashewo.

It is not a big deal to me and I am sure I don’t want to know my partner’s body count. I also won’t talk about mine if I am not asked. All that matters is being free from all sorts of diseases and getting tested regularly.

Honestly, it doesn’t think it matters to me. It just means they’ll be more experienced. And for someone like me who has little to no experience, you’ll be a guiding light in bed.

It doesn’t matter to me. I used to care about it in the past, but now, I’d rather not know. There are many other things to focus on in a relationship than the number of people my partner has slept with.

The most important thing when you have multiple sexual partners is practising safe sex, getting tested regularly or getting on PrEP. People who have reservations about being partnered with people with high body counts are allowed to feel that way. To each, their own.

Sex Life is an anonymous Zikoko weekly series that explores the pleasures, frustrations and excitement of sex in the lives of Nigerians. The subject of today’s Sex Life is a 26-year-old bisexual man who talks about being sexually abused as a kid and how that led his developing a sexual addiction and finding it hard to […]

6 Ways To Break Up Without Hurting Your Feelings
Ships
Ibukun
July 29, 2021

Ending a relationship is not always an easy thing to do, which is why you have to do it right. There are easy ways to break up with someone without hurting your feelings in the process. Here are some of the ways. 1. Leave the country. Leaving the country is the best coping mechanism after […]

Nwando, 22, and Dave, 22, met in the strangest of places: a gutter. On today’s episode of Love Life, they talk about the sweetness of easy love, and the troubles of dating as young people.

The subject of today’s Sex Life is a 43-year-old heterosexual man who had a three-year affair that ended his marriage.

For this episode, Aunty Z! talks about healing from breakups, moving on, and how to evade a babalawo’s curse.

QUIZ: Why Should You Break Up With Your Partner?
Ships
Miriam Onyemenam
November 25, 2021

Is it time to end your relationship? Take this quiz and we’ll explain why:

10 Accurate Responses To Why Are You Single?
Ships
Malakai
November 25, 2021

Only a wicked person will ask this question and these are the only replies they deserve.

Adeola, 29, and Temilayo, 24, became exclusive after a kiss. Today on Love Life, they talk about moving from office romance to getting engaged, and why there will be no “breakfast” in this relationship.

Today, Aunty Z! talks about loaning money to people you just started talking to, distant friendships, and how to be a girlfriend.

Here’s a list of ways to keep the romance going in your long-distance relationship even though you are cheating.

10 Ways To Wiggle Your Way Out Of The Friendzone
Ships
Ibukun
November 18, 2021

There’s a lot of darkness down there in the friendzone; here are a few ways to wiggle your ass out of that hole. 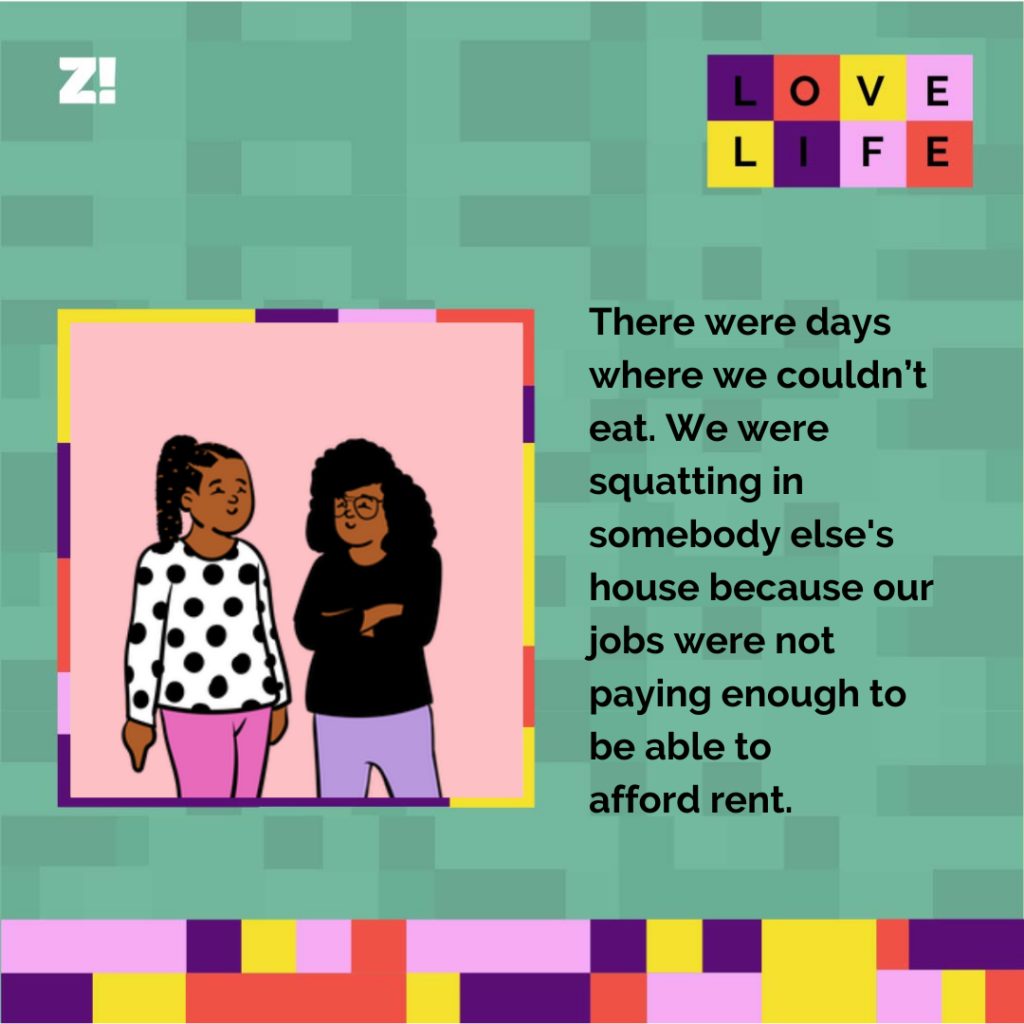 Love Life: There Were Days Where We Couldn’t Afford To Eat
Ships
Mariam Sule
November 18, 2021

Ejiro*, 23, and Mimi*, 22, have been dating for over a year. In today’s #ZikokoLoveLife, they talk about running away from their homes to build a life together, learning to survive on their own and what a future looks like for them.

8 Surefire Ways To Reignite The Spark In Your Relationship
Ships
David Odunlami
November 16, 2021

Is the fire in your relationship dying? Is your partner no longer interested in you?

Cry no more. Follow these guaranteed tips to get the love of your life back.